Proposal 3: Vote No and Pray 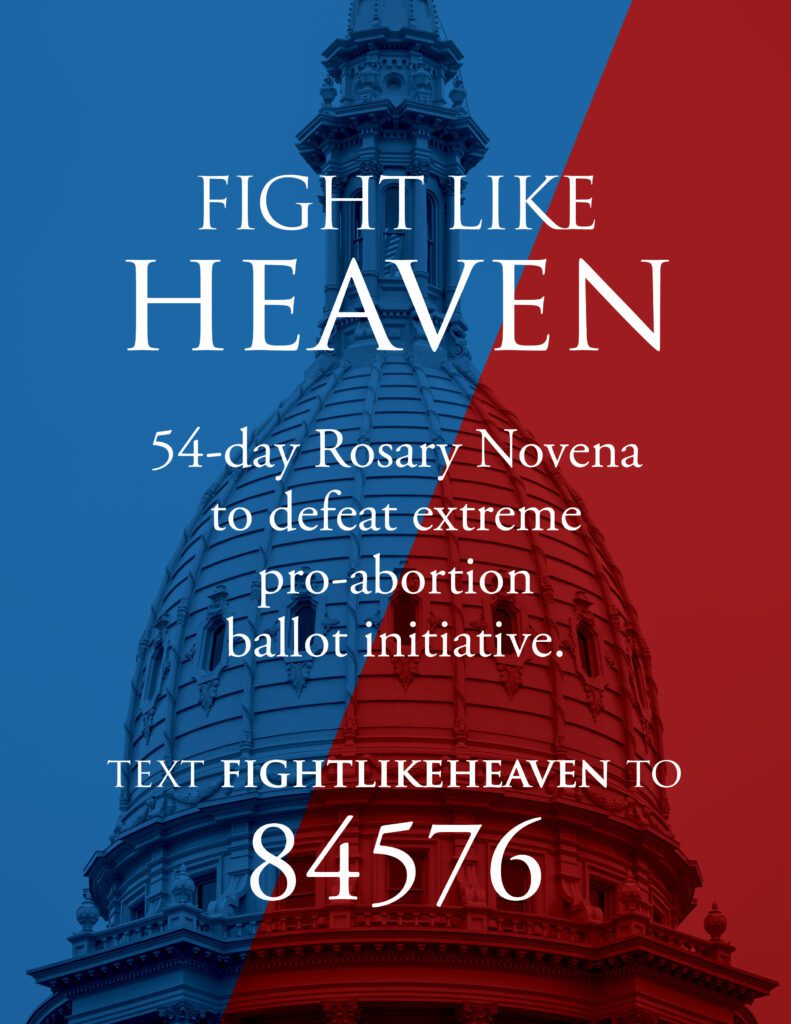 Today, there is a grave threat to women and children in our state. It is Proposal 3, formerly known as the “Reproductive Freedom for All” constitutional amendment. This proposed amendment will be on our ballots this fall. It seeks the approval of the people of this state to amend the State Constitution to include a so-called “right to abortion,” but it is much more extreme than that. It could:

Governor Whitmer has repeatedly said that both she and her allies in the pro-abortion lobby will, quote, “fight like hell” to ensure abortion is legal in Michigan. In addition to voting No, we must “fight like heaven” to combat this proposed amendment by employing the three great spiritual weapons of the Christian life: prayer, fasting, and almsgiving.

The Diocese of Lansing is inviting Catholics across the state to join them in a novena beginning on the Feast of Our Lady of Sorrows, September 15. This will be 54 days of prayer, fasting, and almsgiving, concluding on election day. You can sign up for a daily text providing information and inspiration across each of the 54 days by texting “FightLikeHeaven” to 84576. You can also sign up for a daily email.

Fr. Gordon Reigle is a priest in Lansing whose insight during prayer has launched the “fight like heaven” novena for the protection of life. In this episode of the Considering Catholicism podcast, Greg and Fr. Reigle discuss why and how we can join in this important fight.